“At no point did I ever feel that those memories are tarnished,” says Barritt, who has been at Saracens since 2008

Saracens captain Brad Barritt insists his memories of his time with the side have not been tarnished as a result of the club’s salary-cap breaches.

The 33-year-old, who has been at Saracens since 2008, signed a contract extension to ensure he will see out the delayed 2019/20 season, but he will then leave the club after a 12-year stay.

Barritt is a winner of five Premiership and three European titles during his Saracens career and, despite the knowledge the club will play their rugby in the Championship next season following relegation, the centre will depart with only pride in his achievements.

“I think with a bit of age and a bit of wisdom you look back over a period and you have to appreciate the 11-and-a-half (years), fantastic memories and journeys and things you’ve been on,” Barritt said. 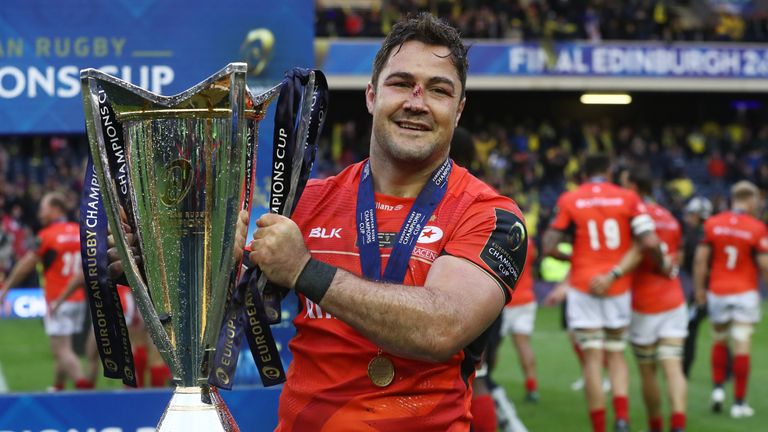 “You can’t stop what people think, you can only look back and look yourself in the mirror and I know what I personally put into a journey and what I felt at the time and how it made me feel”

“And every rugby player knows what they have put in to make something successful, regardless of anything other people want to say.

“Anyone who has been a part of those teams know what sacrifice, what hard work went into achieving anything, especially (given) where Saracens was in 2008. For me, I’ll always hold those special, special memories very close to myself.

“You can’t stop what people think, you can only look back and look yourself in the mirror and I know what I personally put into a journey and what I felt at the time and how it made me feel. At no point did I ever feel that those memories are tarnished.”

Barritt, who has 26 England caps and also played for the British and Irish Lions in 2013, is yet to decide whether he will retire from playing when he leaves Saracens, but he has ruled out playing for another UK side.

“I have a few plans, but at this point I’m still going to take a few months to decide (about finishing playing or not),” he said.

“I was graciously offered a deal by the club some time ago. I just feel at this point in my life a new challenge is definitely what I need. I have a young family. Whether we return back to South Africa or stay in the UK is probably the more pressing question.”

While Saracens are set to drop down from the Premiership, they are expected to retain the services of England players Maro Itoje, Billy and Mako Vunipola, Owen Farrell, Elliot Daly and Jamie George.

Regarding the club’s future and chances of success, Barritt said: “Fundamentally, I think the ingredients are still there. There is still an incredible hotbed of talent, the academy is still doing an incredible job.

“But it is wiping the slate clean. Saracens is going to start a new era, they have a year in the Championship, and they are going to have to be as motivated for that because it is never just a walk in the park going in and making sure you win rugby games.

“I think there’s still a very strong core ethos of what Saracens is, and they will continue to blood youngsters I think over this season and as they come back into the Premiership.”