Cross confident ahead of Matchplay defence

The Winter Gardens holds fond memories for Rob Cross following last year’s World Matchplay triumph, but as he prepares to defend his title in unfamiliar circumstances later this month, ‘Voltage’ insists he has 100 per cent confidence that he will retain his crown.

The 2018 world champion defeated his World Cup partner Michael Smith to scoop his second major title in Blackpool 12 months ago – reaffirming his status among the sport’s elite and silencing any lingering critics in the process.

He added the European Championship title to his growing haul in September, before enduring an underwhelming end to the campaign – which infiltrated into the early stages of his 2020 season.

However, it has also been a tumultuous period away from the board for the 29-year-old, who lost his grandfather Colin Miles, 68, to coronavirus in April.

“It has been really tough,” Cross told Sky Sports. “Since my Grandad passed away my Nan has moved in. We’re trying to keep her as happy as we can, but we can’t replace him.

“It would have been his birthday on Monday, so I’ll go to the grave and go and have a little chat with him.”

Despite his personal woes, Cross still competed on the PDC Home Tour and produced some encouraging performances, eventually exiting the tournament at the last-eight stage.

He admits the Summer Series announcement gave him the incentive to “knuckle down” and is hopeful of reaping the rewards when the sport makes its competitive return next week.

“I think it is brilliant what the PDC have done bringing the Summer Series in, because it gives everyone a little run out for the five days to get ready for the Matchplay,” the world No 4 said.

“It has been easier since I knew we were going back and we had a date. It was easier to knuckle down on the practice board and get the hours in.”

It’s often overlooked that Cross is embarking on just his fourth year as a PDC Tour Card holder, with his three major victories betraying his relative inexperience.

The former electrician concedes that his form prior to lockdown was a concern, but the enforced hiatus may have given him the opportunity to rediscover his spark.

“I’ve had a slow start this year. It hasn’t been the best of years personally or on the dart board with the way I was playing before the lockdown.

“I think the rest has helped me and I’m back practising properly. Things are going well for me on the dart board now. I will definitely go to the Matchplay with 100 per cent confidence that I will win it again.”

The Winter Gardens and the summer sunshine is synonymous with the World Matchplay, yet for the first time since the tournament’s inception, the sport’s second biggest event will not take place in Blackpool.

The PDC explored all avenues in a bid to host the tournament at its traditional home, but after weeks of negotiations, it was announced on Wednesday that it would proceed behind closed doors at Milton Keynes’ Marshall Arena.

“I absolutely love Blackpool. I have always had fond memories and there is something about that venue – it is absolutely superb,” Cross admitted.

“It is going to be a bit of disappointment playing behind closed doors, but it’s still for the same trophy and I’ll be giving it my all to regain it. 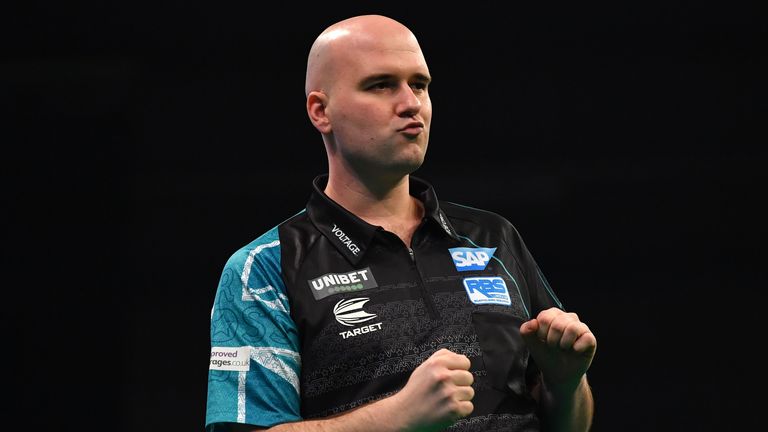 “I think it is important that I come out and strive to be as good as I can be.”

“It’s just having that atmosphere and we are used to playing under those circumstances. If we had nothing it would feel like a Pro Tour really, but realistically, the most important thing is that you’re ready to play and ready to win.”

It won’t be uncharted territory for most of this year’s line-up however, as the 2018 UK Open also took place without spectators following adverse weather conditions in Minehead.

Cross reached the quarter-finals before succumbing to eventual champion Gary Anderson, but it was a tournament littered with upsets, as Robert Owen, David Pallett and Corey Cadby made up the final four.

‘Voltage’ believes the unfamiliar circumstances could create upsets, but he is determined to ensure he won’t be on the receiving end.

“We’re all used to a crowd and me personally I usually get a buzz off the crowd. It is going to be like the UK Open when we had that behind closed doors with the snow,” Cross continued.

“It will increase the confidence for players that aren’t as used to playing on the TV. They may feel more at home and you could see a few more upsets, but I’m practising well.

“It is going to feel a little bit alien but at the same time we’ve still got a job to do and after not doing it for the last 14 or 15 weeks, I think it is important that I come out and strive to be as good as I can be.”

There is an element of mystery surrounding the return, but what remains abundantly clear is Cross’ hunger and ambition.

The hiatus is the first real opportunity he’s had to reflect on his achievements during a roller coaster few years and a period away from the spotlight appears to have galvanised him.

“As a dart player in a normal world, we wouldn’t get the time off and we would always be flat out, so you don’t get time to assess your game. You turn up every week and whatever you’ve got, you try and turn it into a winning formula.

“The way it just stopped is crazy, but it’s about the enjoyment now of going back and when that day came out it gave me something to aim at.

“I’ve had some great time with the family, but you really do miss it. It is crazy. It is every week and it is compulsive, but you realise that it took over and it is your life.”

Darts returns to Sky Sports in July, with nine days of coverage from the World Matchplay getting underway on Saturday, July 18, and every day until the final on Sunday, July 26.