Novak Djokovic admitted Rafael Nadal “played a perfect match” in the French Open final as the world No 1 was overwhelmed in straight sets on Sunday.

Nadal swept Djokovic aside to win the French Open for the 13th time and equal Roger Federer’s record of 20 Grand Slam titles.

The two great rivals now sit atop the men’s all-time standings after Nadal’s quite brilliant 6-0 6-2 7-5 victory over Djokovic.

Djokovic, who had been hoping to become the first man in the Open era to lift every major trophy at least twice, was unable to find any answers.

He was hugely gracious in the face of what was clearly a painful defeat during his press conference, admitting he was totally outplayed.

Love and respect for wonderful Nadal family. What an amazing achievement 🙌👏🙏 Congratulations to @RafaelNadal family, team and all the fans 👏👏👏 #RolandGarros champion

“I don’t have much to say but that I was completely overplayed by Rafa,” said 2016 winner, Djokovic.

“I felt well throughout the entire tournament. I thought I was in great form. Certainly I could have played better, especially in the first two sets. But he did surprise me with the way he was playing, the quality of tennis he was producing, the level.

“He’s phenomenal. He played a perfect match, especially in the first two sets.

“The third set I managed to come back. I kind of found my groove on the court. Had my chance, didn’t use them. He closed out the match.

“It’s just one of these days where you have to say ‘chapeau, and well done’.” 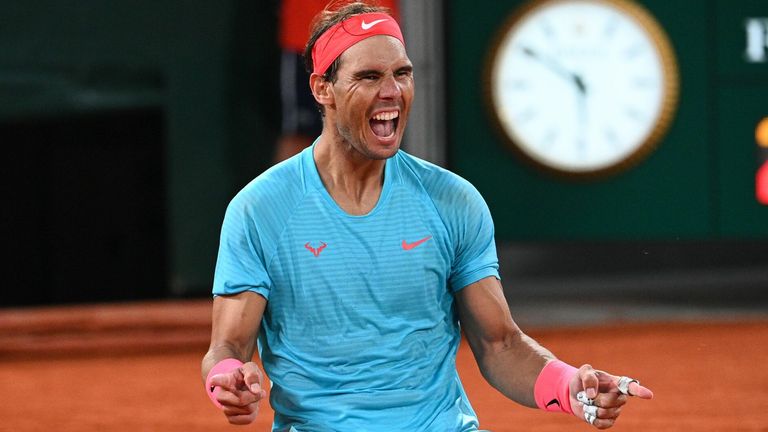 He lost two times in his entire career. Winning 13 times, yeah, there’s not much you can say. All the superlatives you can use, he deserves them.

Djokovic added: “He keeps going. No holding him back it seems like. It’s amazing. I mean, I admire all his achievements, I mean, especially the one here. It’s stunning score and results and records that he’s got on this court.

“He lost two times in his entire career. Winning 13 times, yeah, there’s not much you can say. All the superlatives you can use, he deserves them.”