The idea for ESPN’s The Decision show 10 years ago, in which LeBron James declared that he’d take his “talents to South Beach,” wasn’t LeBron’s or his agent’s or his inner circle’s or anyone at ESPN’s. It turns out that the show’s idea came from a 38-year-old Detroit Pistons fan from Columbus, Ohio, identified only as “Drew” in a Bill Simmons mailbag column published by ESPN on Nov. 26, 2009, seven months before the broadcast.

“What if LeBron announces he will pick his 2010-11 team live on ABC on a certain date for a show called ‘LeBron’s Choice?'” Drew wrote, with no last name published. “What type of crazy ratings would that get?”

Simmons replied, “If LeBron were smart, he would market the event through his company, sell the rights to a network and reveal his choice on that show … He could even make it pay-per-view … I’m pretty sure they’ll pony up for $44.99 for “Decision 2010: LeBron’s Verdict.” 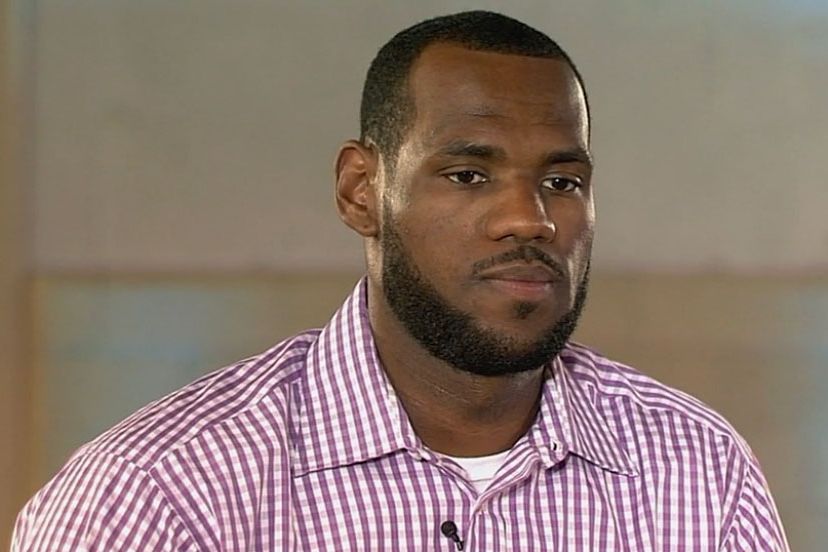 Ten years ago, ESPN aired “The Decision,” a controversial, live, prime-time special in which NBA free agent LeBron James announced that he would leave his hometown Cleveland Cavaliers and join the Miami Heat. The criticism of James and ESPN was immediate, harsh and widespread. The next episode of Backstory, featuring Don Van Natta Jr., airs at 9 p.m. ET Sunday on ESPN.

Until Friday night, the identity of 38-year-old Drew Wagner as the person who pitched the idea wasn’t known to anyone but his wife, Jennifer, and his circle of friends. As they listened to multiple national radio shows Friday previewing a new Backstory episode on The Decision, which debuts at 9 p.m. ET Sunday on ESPN, they learned that Simmons pitched the “Drew from Columbus, Ohio” mailbag column idea to James’ inner circle and ESPN executives in February 2010. On Friday, Wagner’s friends began chattering on Twitter about their friend’s influence.

“He’s a good friend of mine,” said Graig Bachman, 39, of Columbus, an account manager for Enterprise Rent-A-Car, in an interview with ESPN. “And he hasn’t shut up about how that was all his idea since The Decision aired … Of course, he didn’t know that for sure. He just assumed … It’s wild, kind of a whirlwind.”

“That was me,” Wagner said Friday in a phone interview about the mailbag email. “I sent that email, it’s posted by Simmons, and then seven months later, it’s the biggest story in sports.”

Wagner said he grew up in Detroit as a Pistons fan, graduated from Ohio State in 2004 as a business major and has lived in the Columbus area since college, managing logistics for a Midwestern building materials company.

“I remember everyone was talking about where LeBron would go, and it seemed to me that LeBron should do the same thing these kids do and announce it live on TV,” he said. “I used to enjoy those Simmons mailbags quite a bit, and I thought it would be a fun idea to send it.”

Wagner said he was pleased to see his email published and Simmons’ enthusiastic embrace of the idea in his column. He said he chalked it up as an odd coincidence seven months later, when The Decision aired on ESPN before a record studio show audience of 10 million people, and James, an unrestricted free agent, declared that he would leave the Cleveland Cavaliers after seven years to join the Miami Heat. Until Friday, Wagner said, he had no idea what Simmons had done with his idea. Still, he said it didn’t stop him from teasing his friends, many of them Cavs fans, in 2010 — and since — that The Decision was his brainchild.

At the All-Star Game weekend in Dallas in February 2010, Simmons pitched the “LeBron’s Decision” idea to James’ business partner, Maverick Carter; James’ agent at the time, Leon Rose; and James’ advisor, William “World Wide Wes” Wesley. Simmons met with Rose and Wesley. “They both loved it,” Simmons later wrote in an email. “I mean, LOVED IT.” That weekend, Simmons also enthusiastically pitched the idea to several senior ESPN executives.

Simmons pitched two ideas to his bosses: a 90-minute documentary following LeBron in his free-agency recruitment tour called “The Courting of the King” and “LeBron’s Decision,” in which he would pick his new team in a live show, both to be aired on ABC.

“I really think we can convince them to do it,” Simmons wrote in a May 8, 2010, email to multiple ESPN executives, including then head of content John Skipper. “So my question is this: should we proceed, and if so, how should we proceed … At the very least, I think we should meet with these guys and soon … This could really be one of the coolest sports shows ever made if we do it correctly.” There is no mention of “Drew from Columbus, Ohio,” in that email.

Reached for comment by ESPN on Saturday, Simmons said in an email, “I never thought LeBron would do the show if he was planning on actually leaving Cleveland. They were the favorites to win the title that year and it just seemed like he was staying there. Even when I met with Wes and Leon in May, they were playing Boston and were the favorites, i think they even won that night. But after those 3 Boston losses and how badly it went, I gave up on pushing the idea, it seemed like there was no way. I thought it was dead. I wasn’t involved after that.”

Despite Simmons’ excitement about the proposed broadcast, ESPN executives did not actively pursue it. But a month later, on June 6, 2010, during halftime of Game 2 of the NBA Finals in Los Angeles, Maverick Carter ran into Hollywood agent Ari Emanuel — the inspiration behind the character Ari Gold from HBO’s “Entourage” and a rival of Rose’s at a different agency — and veteran broadcaster Jim Gray.

Gray, who declined to comment for the Backstory episode, later said he pitched the live free-agency announcement show to Carter and Emanuel. Carter then persuaded LeBron to do it. Shortly after that, Emanuel contacted Skipper.

Emanuel told Skipper that James and Carter wanted to buy one hour of network television on ABC, Skipper said in the Backstory episode. Skipper said that he wanted the show on ESPN, and then Emanuel and Carter asked for the hour for free. In the Backstory episode, Skipper said he quickly decided he was “OK with donating the hour” to James’ group. James and Carter pledged to donate proceeds from sponsors to charity, mainly to the Boys & Girls Clubs of America. Tax returns of the LeBron James Family Foundation show that $2 million was given to the national Boys & Girls Clubs of America that year.

In the weeks and days leading to the broadcast, two of the early enthusiastic supporters of the idea in LeBron’s camp — his agent Rose and “World Wide Wes” — soured on The Decision, partly because Emanuel and his agents ran with the idea, sources said. They both warned members of James’ inner circle that the show could easily backfire on him. But those warnings went unheeded by Carter, Rich Paul and others.

On July 8, 2010, the day of The Decision broadcast, Simmons wrote again that “a Columbus reader named Drew” pitched “the exact same idea … but I thought he was kidding. Now I think he’s Nostradamus. Drew from Columbus looked into the future, and here’s what he saw: a world in which it was totally conceivable that an NBA superstar would sell an hour-long show in which he picked his next team and tainted his legacy in the process.”

In that column, Simmons said nothing about his role behind the scenes. But Wagner’s friends loved it, said Danny Catullo, 37, who has been Wagner’s best friend since their first day at Ohio State.

“We loved that,” Catullo said. “And we’ve been loving this whole thing since [Friday] … When I heard about this Friday, I texted Drew, ‘OMG … You caused riots. You’re responsible for the burning of jerseys.’ Everything was his fault.”

When Wagner heard from Catullo and other friends Friday about how hard Simmons pushed his idea, he said he was surprised and found it interesting.

“I don’t know how that stuff works,” he said. “I always had in the back of mind that maybe I did kick this into some kind of gear … I don’t think I deserve anything from it or any credit. I’m sure plenty of people could have come up with that kind of idea and got the ball rolling. I’m also pretty sure some people would want to shoot the guy who came up with the idea.”

Far more satisfying for Wagner, he said, was that he was able to pull off “a big time troll” of his friends who were Cavaliers fans by telling them that what became The Decision was his idea, published by a high-profile columnist for the network that aired the show.

“It was just funny to me,” he said, “and frustrating for them.”

On July 8, 2010, Wagner said he watched The Decision live at his home in Columbus.

“I was very surprised,” he said. “I didn’t think he was going to Miami. I figured he’d stay in Cleveland. The only reason to do that is to make your hometown fans excited and announce you were investing more years and staying put. I couldn’t believe he said, ‘I’m out of here for Miami.’ It was pretty shocking.”

Wagner and his wife of four years, Jennifer, have a 17-month old daughter, Zoey.

“I vaguely remember him talking about this, but then we got contacted by friends [Friday] night,” Jennifer Wagner said. “One friend said on an entertainment scale of 10, this is a 100.”

Bachman said, “I’m a Cavs fan. It hurt that night, and it also hurt because Drew was right — something he had suggested had happened. I can handle a lot, but when a friend dunks on you, it’s just not good.”