Fantasy Match-ups: Would Kane Williamson be able to keep Glenn McGrath at bay?

Nothing is more fascinating in cricket than an exhilarating and equal contest between a batsman and a bowler.

Duels between two players at the top of their games always makes for a fascinating rivalry, and cricket has been blessed to witness several of these over the course of its history. From Sachin Tendulkar against Glenn McGrath to Sir Viv Richards versus Jeff Thompson, the sport has seen legendary battles played out across the 22 yards.

However, there are some duels which sound exciting in theory, but shall never materialise. These are between players divided by eras, with their respective playing careers failing to intertwine.

In this series, we play out a few such hypothetical match-ups by closely examining the statistics of the players involved. Below, we pit New Zealand skipper Kane Williamson against former Australia seamer Glenn McGrath in the Test format. 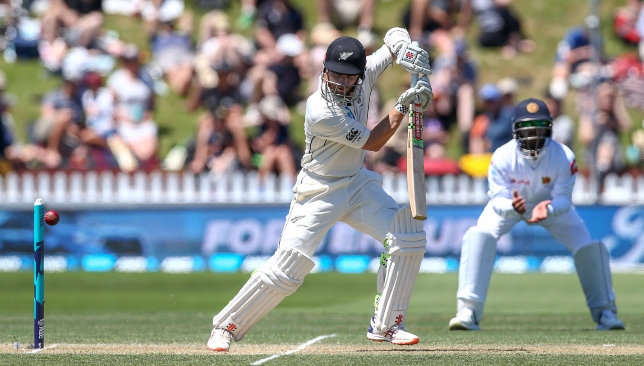 Having been billed as a cricket prodigy long before his debut for New Zealand, it was hardly a surprise when Kane Williamson marked his maiden Test appearance with a superb ton.

The Taurunga native was a 20-year-old when he pulled off that feat in Ahmedabad, with his childhood idol Sachin Tendulkar applauding in the field as an opponent. In the next four years, the right-hander would go on to breach the 3,000 Test runs barrier in quicker time than the great Sir Don Bradman.

An orthodox player with a textbook approach to batting, Williamson is well on his way to becoming the greatest batsman to put on the colours of New Zealand. As part of the ‘Fab Four’ group of batsmen selected by Kiwi legend Martin Crowe, Williamson has more than lived up to every expectation in nearly ten years of international cricket.

While he has since shown his ability to thrive across all formats, it is in the Test arena that Williamson’s best has come to the forefront. 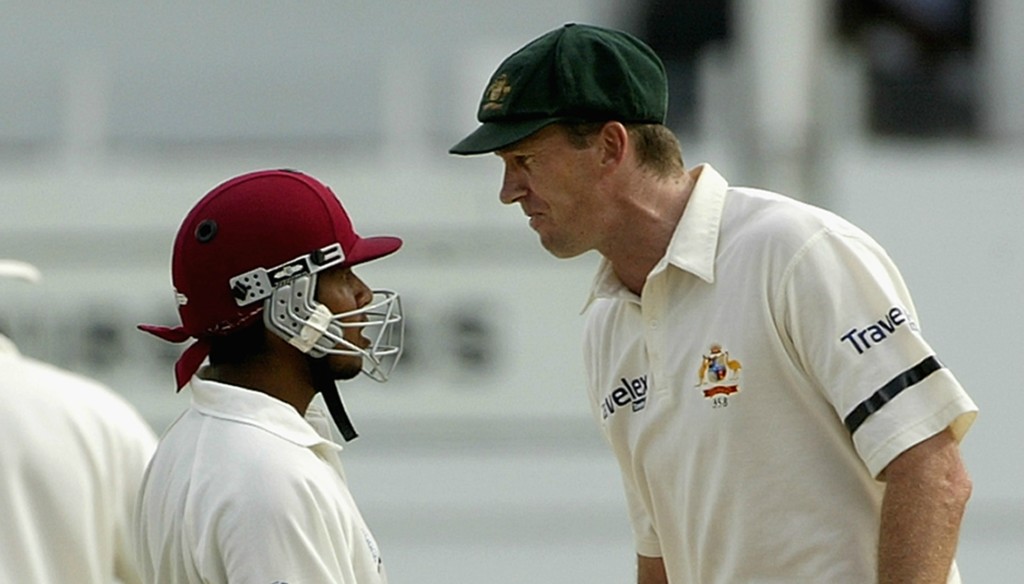 Sarwan and McGrath crossed “the line’ back in 2003.

His staggering tally of 563 scalps as a fast bowler might have been surpassed by England’s James Anderson, but the fear Glenn McGrath instilled in some of the best batsmen in the world remains unrivalled.

Unlike most great fast bowlers in history, it was not through his pace and bounce that McGrath unsettled his opponents. Rather, it was the Australian’s unrelenting off-stump line and ability to seam the ball both ways that became his calling card.

Over the course of a distinguished career in both the Test and ODI formats, McGrath developed a reputation for raising his game against the very best. As a man of supreme confidence in his own abilities, McGrath relished his memorable duels against the likes of Brian Lara and Sachin Tendulkar.

Another remarkable aspect of the New South Wales man’s career was his longevity as a pacer, and he remains the only Australian bowler to have brought up a century of Test appearances.

As far as characters go, Williamson and McGrath are the polar opposites of each other. While the New Zealand skipper is a quiet and reserved man who is universally loved for his demeanour, McGrath was a chirpy competitor who wasn’t afraid to open verbal confrontations with opponents.

This clash of personalities would certainly make for compelling viewing, and an equally intriguing battle between bat and ball.

In his New Zealand career so far, Williamson has shown that he is adept at facing both pace and spin. Against pace, the Kiwi skipper averages nearly 40 runs per dismissal while it shoots up to approximately 46 when facing spinners.

Interestingly, he seems to perform better against left-armed bowlers than he does against right-armers like McGrath. Seventy-three of Williamson’s 127 Test dismissals have come at the hands of right-armed pacers against whom he averages 37.45 runs per dismissal. 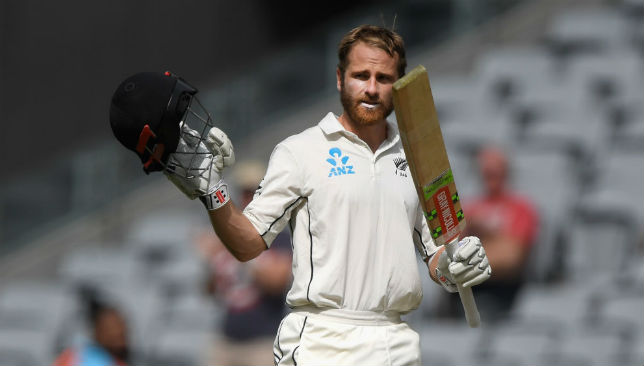 When pitting him against an elite bowler like McGrath, it is important to see how Williamson copes with the best pacers of his own era. Anderson is a bowler who comes very close to McGrath’s style, and the Englishman has been a part of nine Tests involving Williamson. He has been able to get the better of Williamson on six different occasions, with four of the dismissals coming in New Zealand. However, the Kiwi did manage to score more than 50 on three such occasions while converting one of them into a ton.

Another seamer of similar ilk to McGrath is Vernon Philander and the South African has enjoyed his battles against Williamson. The New Zealand stalwart has fallen four times to Philander and his average per dismissal is an unflattering 26.50.

On the other hand, McGrath loved bowling to right-handers. Three hundred and ninety-one of his Test dismissals were in the form of right-handed batsmen with his average per dismissal standing an impressive 16.25.

He was lethal with the new ball in hand, with 225 of his Test wickets coming in the form of batsmen batting at No1 to 3. The Aussie was a prolific performer in all conditions and his performances rarely dipped irrespective of the venue. At home, he averaged 22.43 with the ball and those numbers marginally improve overseas (21.35).

In the six Tests he played in New Zealand, the Australian picked up 30 wickets at an average of just 18.40. Given Williamson’s technical proficiency and solid defence, it would help to see how McGrath fared against a similar batsman in his time.

India’s Rahul Dravid had an approach not too different from that of Williamson, and he absolutely struggled against McGrath in his prime. With an average of just 10 runs per dismissals, Dravid was sent back to the pavilion five times by the Aussie. His team-mate Tendulkar also failed to cover himself in glory against McGrath, and averaged only 22.16 runs per dismissal. 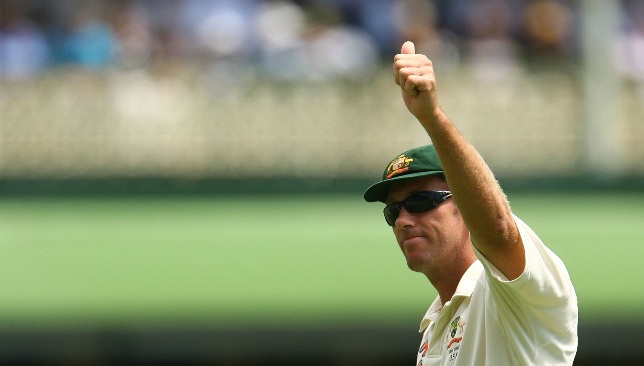 The cream of the batting world was dominated by McGrath at his peak, and it would be optimistic to suggest that Williamson could do otherwise.

The Australian certainly enjoyed the seaming conditions in New Zealand and he would back himself to come out on top despite Williamson’s stellar home record.

Should the game be played in Australia, McGrath would once again fancy his chances against the Kiwi given his own impressive record at home. With Williamson’s orthodox and conventional approach, it is hard to see him changing up his style to combat McGrath.

The Aussie’s unwavering lines and lengths mean that he will always be in with a chance against a batsman who rarely gives fast bowlers the charge. In fact, Williamson’s ‘Fab Four’ colleague Steve Smith’s unorthodox technique might be better suited to counter McGrath’s metronomic bowling. The Australian’s tendency to move across his off-stump as a trigger could be exactly the sort of move to throw McGrath off his length.

The aforementioned statistics all point towards a McGrath victory in this one, although Williamson’s temperament and resolute attitude should not be discounted.

How did Rust make $1 million in Steam revenue in a day – twice?