Peter Fury: “Dave Allen has come up in the past, to offer to box Hughie, and every time there’s excuses”

Hughie Fury is fed up of ‘hearing excuses’ from David Allen and the heavyweight fight will never happen if it is not finalised by Friday, says trainer Peter Fury.

The British rivals have been holding talks about a domestic clash in August, with Hughie Fury willing to take a smaller percentage of the fight purse to assist negotiations.

But Peter Fury is not willing to wait any longer for a final response from Allen and has issued a deadline for the terms to be agreed. 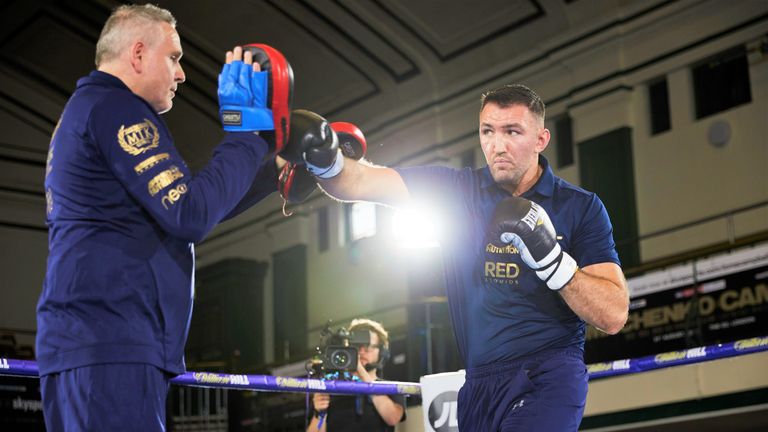 If we don’t get confirmation on this by tomorrow, Dave Allen will never ever share a ring with Hughie Fury, that’s a promise.

He told Sky Sports: “Dave Allen, he offered Hughie out. He wanted it, so he did an interview at first, then Hughie responded and said: ‘You haven’t got to look too far, I’ll accept it.’

“We got approached by our team and [they] said: ‘He’s looking for more money Dave, would Hughie take less, so Dave Allen can have more, so we agreed to do that, and now we’re just hearing excuses.

“Maybe they can’t go on this date, it’s all c**p to us that. We know all the negotiations in the background.

“Dave Allen has come up in the past, three times at least, to offer to box Hughie, and every time there’s excuses. There’s not going to be a fourth time. If we don’t get confirmation on this by tomorrow, Dave Allen will never ever share a ring with Hughie Fury, that’s a promise.”

Asked if Allen still wants the fight, Fury said: “Well it’s not looking like it with all the messing around we’re having.”

But Allen insists he remains willing to fight Fury and hopes to receive an update this week.

He told Sky Sports: “I was offered the fight last week with an amount me and my team deemed not enough.

“Since then I personally have received no second offer and have been waiting to hear back some news on the fight chasing it up daily but no success yet.”

Trivia, internships and anime: What college basketball teams that aren’t playing are doing