The Knights got within 12 points of the Cowboys and there was a frantic moment in the final minutes, but it was too little, too late, with Newcastle going down 32-20 in North Queensland.

With less than two minutes left in the game the Knights were charging down the right flank when Kalyn Ponga was about to receive an offload a metre or two out from the try-line. Then he was tackled early from behind by North Queensland’s Scott Drinkwater. Ponga got up fuming at the referees.

They went to the Bunker and determined that the Knights star was indeed taken out unfairly, but they said it was no certainty he would score the try from there if he hadn’t been tackled early.

No penalty try was awarded, and instead a penalty was given for Newcastle. The Knights were unable to score in the ensuing set of six, ending the game in a somewhat controversial fashion. 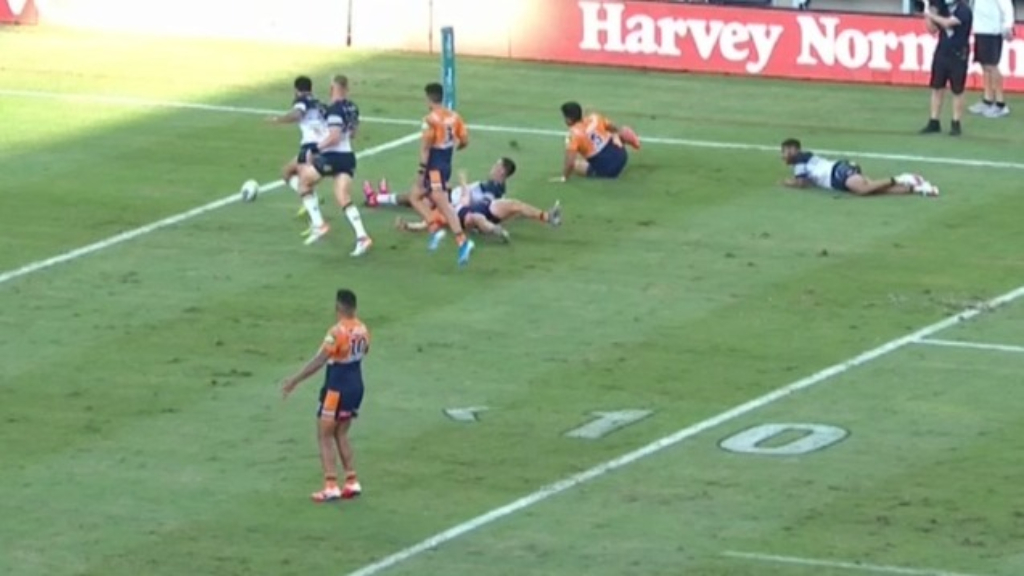 Newcastle copped a serious reality check on their NRL title plans after a 32-20 thrashing by North Queensland.

A day after coach Adam O’Brien warned his team were not doing as well as they thought, the Knights looked lethargic and confused on Saturday afternoon against a rampaging Cowboys outfit devoid of some big stars.

With Michael Morgan and Valentine Holmes sidelined, experienced forwards Jason Taumalolo and Josh McGuire were ruthless up front against the favoured Knights’ pack in Townsville.

Taumalolo in particular was immense, celebrating his 100th NRL win with 264 metres from 24 runs, 96 post-contact metres and 27 tackles. 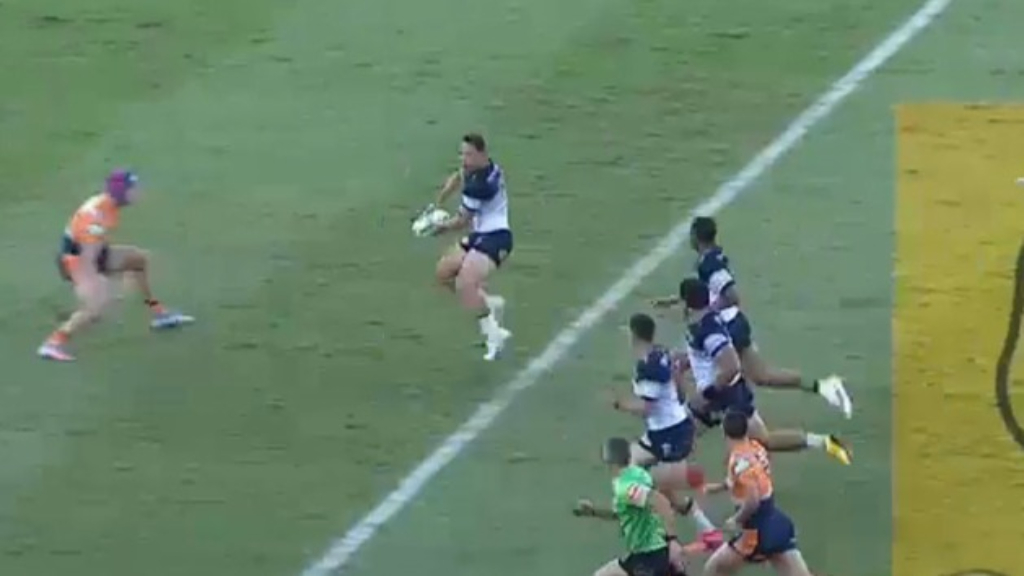 Despite three tries in 16 minutes to begin the second half and a late four-pointer to Gehamat Shibasaki, the Knights could not recover from their horror start.

The Knights’ pack were punished through the middle as the Cowboys erupted with energy which was unmatched by the visitors at Queensland Country Bank Stadium.

The Cowboys successfully dented Ponga’s impact by finishing sets with a kick into touch, limiting space and time for the fullback with ball in hand. 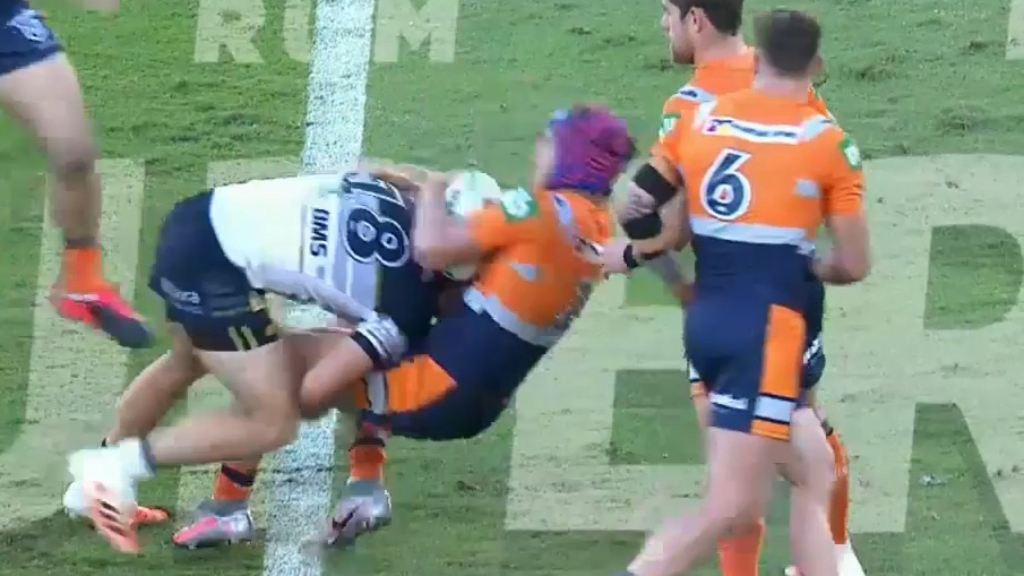 It was a tactic that frustrated the Knights’ playmaker, who still managed to set up a try for Hymel Hunt but finished with just 73 running metres – well below his average of 147 for the season.

The Knights were heavily favoured heading into the match after just one loss for the season, and a win would have cemented their best season start since 2013 – the last time they made the finals.

It broke a three-game losing streak for the Cowboys who had leaked 99 points to Cronulla, the Warriors and Tigers to put coach Paul Green under immense pressure. 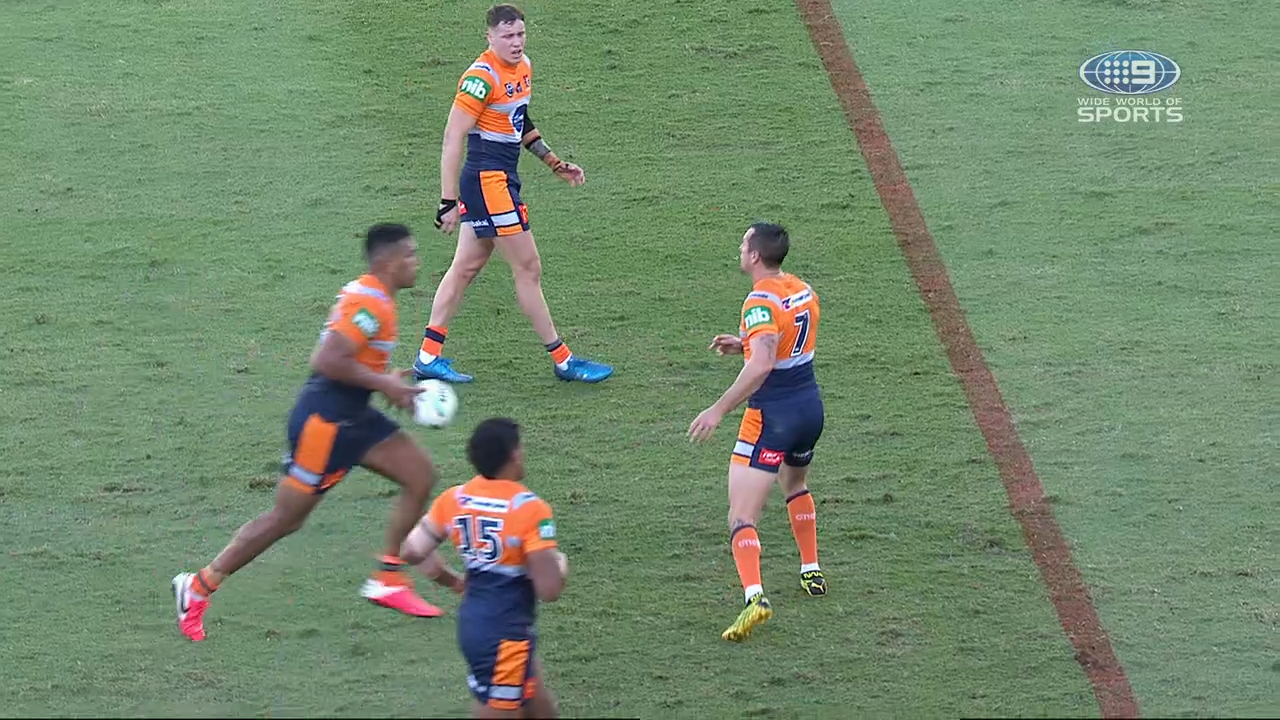 “The last few games have not been up to standard, they’ve been piss poor,” Cowboys star Jake Clifford said post-game.

“The biggest challenge is to do it again next week.”

North Queensland take on the Parramatte Eels at Bankwest Stadium next week.