Luckless Burns out for season

Unlucky South Sydney centre Braidon Burns could be out for the remainder of the NRL season after suffering a painful dislocated knee in Sunday’s win over Canterbury.

The 23-year-old was bent backwards in a try-saving tackle by Nick Meaney, with his right knee cap moving out of place as his foot was caught beneath him.

“He’s dislocated his kneecap so it looks like he’ll be gone for the season,” coach Wayne Bennett confirmed.

It’s a devastating blow for the talented young speedster, who has not played an entire NRL season since making his debut for Souths in 2017 due to hamstring, knee and ankle injuries.

So far he has managed just 31 NRL games. 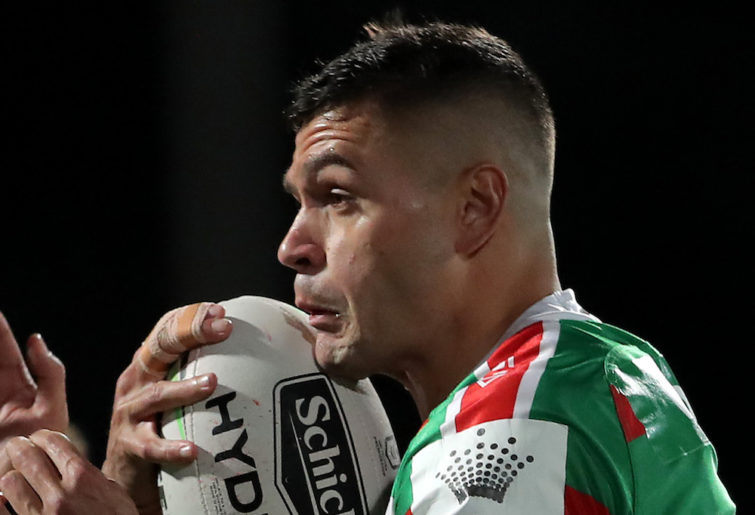 “He’s a ten out of ten bloke and he tries his hardest for you and he’s great to have around the club,” Bennett continued.

“It is hard but it’s the game we play and it’s the risk you take.

“We’ve all spoken to him, you don’t know what to say.

“You feel his pain but we can’t do anything for him. That’s what it is, but it doesn’t make it easy.”

The injury happened in the 71st minute while he was filling in for returning centre James Roberts, who was spelled after playing two thirds of the game.

It was the first time since March that Roberts has started a match after playing just 21 minutes from the bench and copping a sin bin against Penrith last week.

This week, at least, he was ordered from the field by the coach and not the referee.

“He didn’t get a sin bin either, which was good,” Bennett joked.

“He wasn’t too bad, he’s got a fair bit of improvement in him yet but it’s good to have him back there. He needed the game.”