Rafael Nadal says it means a lot to share 20 Grand Slam titles with Roger Federer after sweeping to a 13th French Open title at Roland Garros on Sunday.

The Spaniard hit 31 winners and made only 14 unforced errors on his way to a brilliant 6-0 6-2 7-5 victory over old foe Novak Djokovic on Court Philippe Chatrier.

Federer was quick to pay tribute to the 34-year-old, saying on Twitter: “I have always had the utmost respect for my friend Rafa as a person and as a champion. As my greatest rival over many years, I believe we have pushed each other to become better players.

“Therefore, it is a true honour for me to congratulate him on his 20th Grand Slam victory. It is especially amazing that he has now won Roland Garros an incredible 13 times, which is one of the greatest achievements in sport.

“I also congratulate his team because nobody can do this alone. I hope 20 is just another step on the continuing journey for both of us. Well done Rafa. You deserve it.” 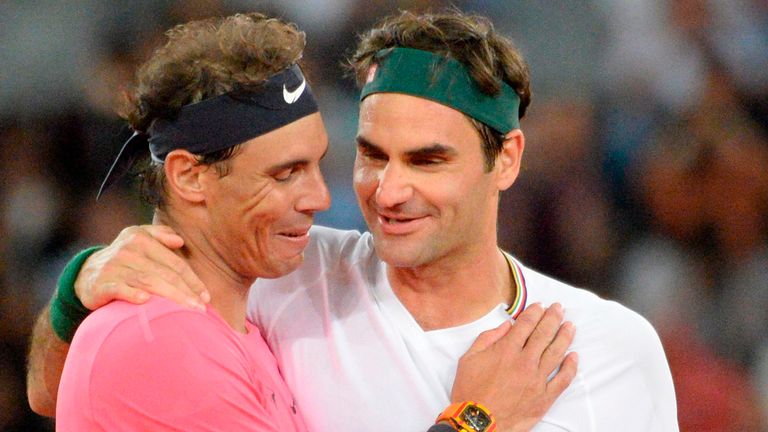 I am a big fan of the history of sport in general. For me it means a lot to share this number with Roger. But let’s see what’s going on when we finish our careers.

Nadal has always played down the importance of chasing Federer’s mark but, at five years younger than the Swiss and now three titles clear of Djokovic again, he must be in pole position to claim the overall record.

“I always say the same, that I would love to finish my career being the player with more Grand Slams,” said Nadal.

“But on the other hand I say, ‘OK, I have to do my way’. I did my way during all my career. Worked well. I’m not going to be thinking all the time Novak has this one, Roger is winning the other one. You can’t be always unhappy because your neighbour has a bigger house than you or a bigger boat or has a better phone.

“Of course I care. I am a big fan of the history of sport in general. For me it means a lot to share this number with Roger. But let’s see what’s going on when we finish our careers.

“I don’t know what can happen in the future. I am just excited. At the same time to share this record between us, that we had an amazing rivalry for such a long time, is something in some way beautiful I really believe.”

And Nadal said: “I played at an amazing level of tennis. For two-and-a-half sets I played great. I can’t say another thing. It’s impossible to have this score against him without playing great. Yeah, played a very good final.