Gallagher: “Canelo has got no excuse now, but to fight Callum Smith.”

Callum Smith is ready to face Saul ‘Canelo’ Alvarez in September after Billy Joe Saunders ruled himself out of that fight date, says his trainer Joe Gallagher.

Saunders had been the frontrunner to receive a super-middleweight clash with the Mexican star, but the WBO champion appears to have dropped out of contention after insisting he does not have suitable time to prepare for that expected date.

Smith, who holds the WBA ‘super’ title in the same division had been on a two-man shortlist with Saunders for ‘Canelo’ and his trainer Gallagher believes the unbeaten Liverpudlian should now be the No 1 choice.

“It’s supposed to have been a two-horse race wasn’t it,” Gallagher told Sky Sports. “Now he’s pulling himself out of it, Canelo has got no excuse now, but to fight Callum Smith.

“Callum is in the gym, he is training, he’s been back a couple of weeks now, and if that date and opportunity is put to Callum Smith, he’s ready to go. He’ll take that and I can’t see no reason why Canelo – when they said all along it was between the two of them – Billy Joe Saunders is out, let’s do Callum. 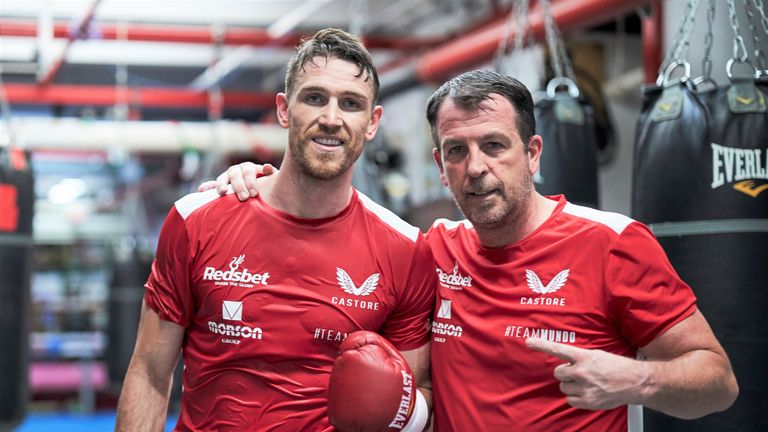 He was looking at the back end of September, so if it’s Canelo it would be brilliant.

Anthony Dirrell and Sergiy Derevyanchenko have been linked with Canelo in recent weeks, but Gallagher insists there will be far more public demand for a Smith fight.

“That’s what the fans want to see, proper fights. I’ve heard Canelo was looking at the likes of Dirrell and people like that, but I don’t think that’s going to wash.”