Hear that? That’s the sound of rugby players preparing for a game on Australian soil for the first time in nearly four months.

I spent most of this column a couple of weeks ago waxing lyrical about rugby’s return before the first week of Super Rugby Aotearoa, so will refrain from doing so again now Super Rugby AU is upon us. (But also, how good!)

While last week’s games across the ditch showed that competition could potentially go to just about any one of the five sides – even if the early front-runners are wearing blue (except for this weekend past) and red – an obvious starting point for Super Rugby AU is whether anyone is capable of stopping the Brumbies.

We can immediately rule two teams out of that conversation.

The Force’s inclusion in this competition benefits everyone – it gives the Perth side a tournament to play in when they would otherwise be idling, and extends the season for Rugby AU – but despite some good signings it would be unfair to place any expectations on a squad without much top-level experience.

2020 was a write-off for the Waratahs before the coronavirus hit. Combine that disruption with a young playing list, player departures and unwelcome injuries before Round 1, and expectations are low.

Without having to worry about playing strong sides from the New Zealand and South African conferences and the lopsided scorelines that can partner those fixtures, this year is the perfect time for Rob Penney to get a good head-start on his rebuild. Giving talented youngsters like Will Harrison, Angus Bell and Mark Nawaqanitawase ample playing time together should put them in good stead for when (or is that if?) the full, global iteration of Super Rugby returns. 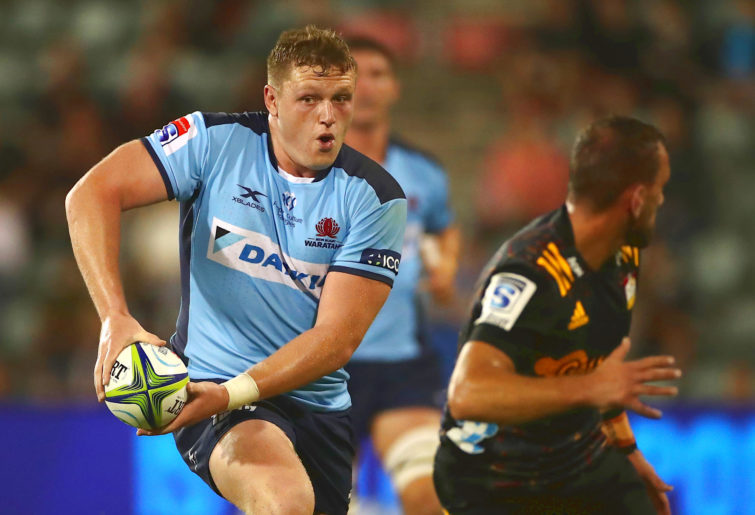 The Reds have championship intentions. They played spells of excellent rugby before the competition hiatus, although interchanging them with passages of more infuriating play won them only two of seven games.

How Brad Thorn’s men deal with the absences of Isaac Lucas, Harry Hockings and particularly Izack Rodda will be critical. The latter two leave Queensland’s second-row stocks thin, and while Lucas was under-utilised early in the year, losing someone of his talent is no good thing.

Then there are the Rebels. Second in the Australian conference when COVID hit, they should be the Brumbies’ obvious challengers. However, two counter-arguments stand out:

The Brumbies seem to have few problems of their own. There’s nothing which really stands out as a reason why they won’t win Super Rugby AU; they’ve been the best side in the country for some time now, and have the best coach in the competition at the helm.

That brings with it an unusual pressure. No Australian Super Rugby team has started a season as favourites to win it for many years. Obviously this has been brought about by some unique circumstances, but it’s still something the Brumbies will have to deal with if they’re to finish where everyone expects them to.

Speaking of Canberran competition favourites dealing with pressure (how’s that for a forced segue?), I can only wonder how one Brett McKay is going about trying to preserve his perfect tipping start to this season. After it was perfect twos all-around last week, he’s still atop the table, and gets us started once again…

Reds, Crusaders, Brumbies, Chiefs
This is the weekend I’ve been dreading, because although it feels like we’ve reached a general consensus on the ranking of the Australian teams and who should beat who generally speaking, there’s one major factor than rankings and gut feel can’t account for: Australian teams lose to Australian teams they really shouldn’t lose to… All. The. Time.

Reds over the Waratahs on Friday night should be the easiest pick of 2020, pre- or post-COVID. So then why am I so nervous about it? And the Brumbies should be too good against the Rebels 1 to 15, but then again… ah, whatever.

Thankfully the Crusaders and Chiefs present no such angst.

Sure thing: Angst. So, so much angst this weekend. 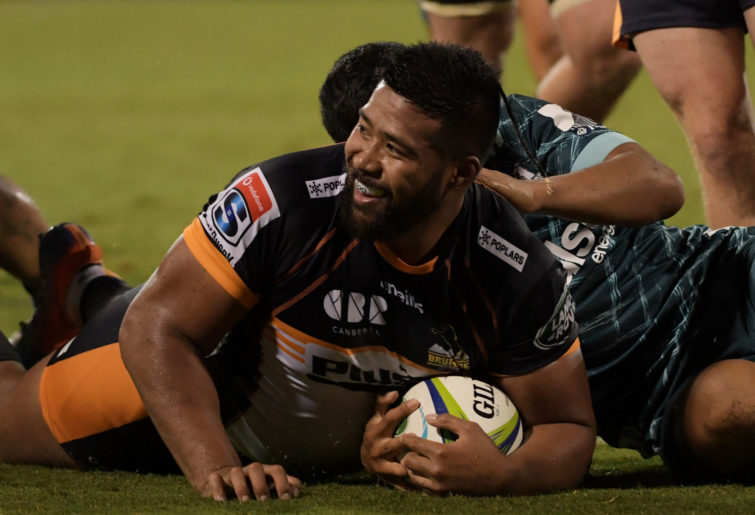 Reds, Crusaders, Rebels, Chiefs
Four matches a weekend feels like an early Xmas present, even if it adds complexity to the tipping challenge.

It gets trickier after that. The Rebels weren’t primed and ready when they visited Canberra earlier this year. This time, to beat potential quarantine issues for injury replacements, they are travelling with a full squad of 38 players, which has meant plenty of heavy, contested work in training. They’ll target the breakdown and are a big chance for an upset.

There’s nothing in the final match, except goneski for the loser. Chiefs by a whisker.

Sure thing: At halftime of the Reds versus Waratahs match, the Daily Telegraph will report that players won’t be coming out for the second half because they’re on strike. 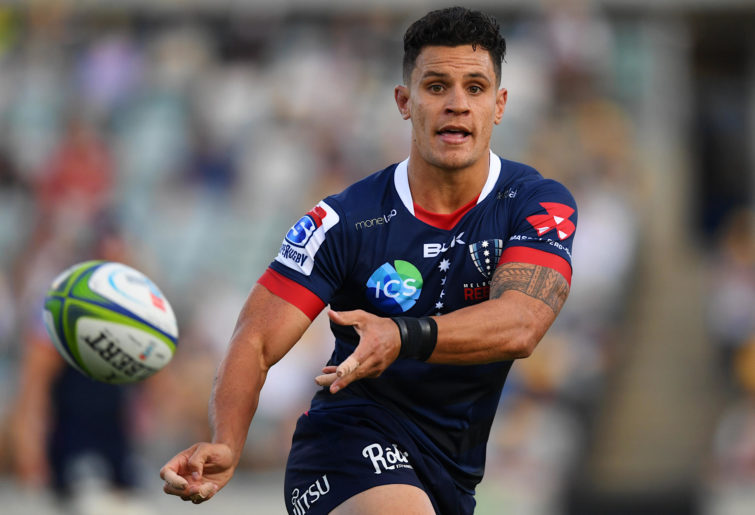 The wee mad Highlanders will be plucky and brave and scrappy and then lose to the machinating, manipulating, misappropriating Robinson Crusoe.

The Brumbies know where they are, and whose they are. The Rebels know neither. Rugby is local, globally. Local yokels by a boatful.

There is something rotten in the state of the Hutt. Garden Variety Bashup needs ketchup. Danish Coalface needs a radar. The pack needs a sack. But Worried Gap Land has forgotten how to win. His gravel chuckers hold the ball too long (almost 18 minutes per match), and are overcoached. Canes by a plenitude.

Sure thing: Brett ‘Laidlaw’ McKay’s glorious lead won’t survive the introduction of the Australian sides. He has too much inside information. He’s better with outside information. Inside, out, boy you turn me.

Reds, Crusaders, Brumbies, Chiefs
Being located far from where the matches will take place and with limited information is perhaps an advantage. After all, my first years of writing on this site were more successful than the last ones where I had already become familiar with the other teams.

Regarding matches in New Zealand, the Highlanders are a very young team and Crusaders have experienced players and I never bet against the men from Christchurch no matter who they have in front of them. Someday I will be wrong with them but not this time.

The other game requires a little more study. The Chiefs weren’t that far off against Crusaders, and they are ready for their first post-COVID-19 win. If they improve the line and focus a little more on decision making, they should beat the Hurricanes who are rested. It’s a disadvantage to have a bye so early in the competition.

With the new rugby in Australia, I will follow the same rules that I consider appropriate at the start of any season. This return with new rules after a long break is like a new tournament, and on top of that there is a fifth team returning to the competition after a couple of years who have been playing with another set of rules.

My god, how many different rugby laws are out there these days? Crusaders and Chiefs teams for me.

Sure thing: Officials will end the matches with pain in their lips from blowing their whistle.

Reds, Crusaders, Brumbies, Hurricanes
And so, the West Island minus Victoria jumps on the domestic only Super Rugby bandwagon with some intriguing matchups to kick off with.

Pre-lockdown I would have suggested the Reds would do the job, but after some well-known upheaval I cannot be that confident. It is Machooka’s Tahs we are talking about, so Reds easily. I would have picked the Brumbies pre-lockdown and I still will. Both the Australian home sides for the opening round over the Tasman.

The Southern Derby always promises to be an entertaining affair, particularly in Dunedin, but I cannot go past the Crusaders for obvious reasons.

After picking the Chiefs in this exact fixture earlier in the year and having to endure the shame of the Hurricanes winning, I will not make that mistake again – though I am likely to be wrong (again – pride before being right always). Canes by plenty, thanks.

Sure thing: With the lockdown ‘free time’ now no longer available for her delegation, marital relations will be placed under significant pressure as my weekend workload doubles as I silently prepare for, what would have been a bi-monthly event under more normal circumstances, a conversation about why I watch teams who are not even from New Zealand play each other. 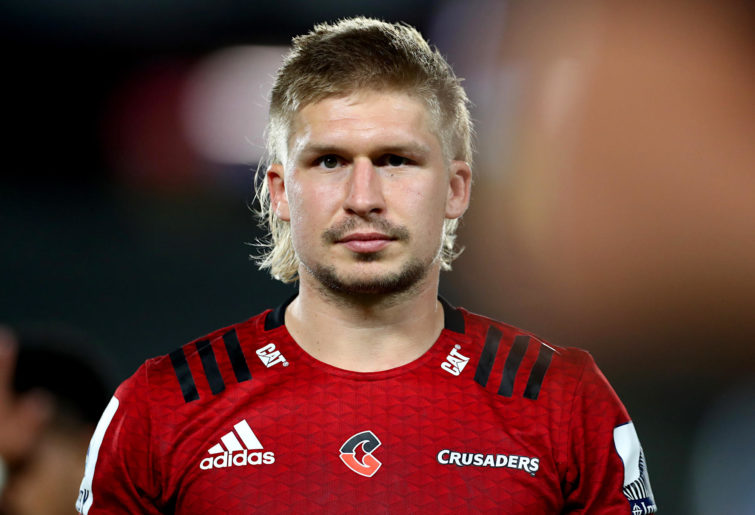 Reds, Crusaders, Brumbies, Chiefs
Round 1 always brings with it uncertainty, but even so there’s little hesitation to be had in tipping the Reds and Brumbies. The Rebels are certainly capable of stunning the pre-season favourites, but I can’t see any result for the Waratahs but a loss.

The Highlanders are a much-improved outfit on the one which ran around in the same jerseys earlier in the year, but one does not simply tip against the Crusaders.

Chiefs versus Hurricanes is verging on flip-of-a-coin territory, although Warren Gatland’s men looked to be getting closer to their pre-COVID form last week. That’s enough for me to round out the weekend with another home tip.

Sure thing: Kurtley Beale’s departure allowing Jack Maddocks to thrive at fullback for the Tahs.

Don’t Miss: Breaking down the complex anatomy of a stealth encounter