The Roar’s AFL expert tips and predictions: Round 5

A degree of normality returned to AFL tipping last weekend, just in time for the whole thing to potentially get called off again.

This week’s fixture copped a surprise rearrangement in light of Victoria’s current COVID outbreak – and it’s highly likely the next few weekends will suffer the same fate.

I had a ripping week in Round 4 with seven correct tips – enough to move me into first place with 19. AdelaideDocker and Marnie Cohen both scored six to move to 18 and 16, respectively, while The Crowd had a rare off week, only managing five.

If there’s one trend from this season I want to see continued, it’s flexible fixturing. Nobody circled Carlton versus St Kilda as one to watch at the start of the year, but this should be a really interesting Thursday night clash.

I’ve been very impressed with both clubs this season and reckon these upticks in form are both genuine turns of the wheel – not just a flash in the pan. The Saints have been just a smidge better, however, so they get the tip.

One of the fiercest rivalries gets back underway the following evening as Collingwood tackle Essendon. The Bombers have flown under the radar all season, but I reckon they finally get exposed as a massive pretender by the Magpies here.

You’ve got to put your neck out from time to time and pick an upset and I’m doing that with Saturday’s first match. West Coast have been a huge disappointment since the season resumed and circumstances conspire against them here.

They have a woeful record against the Swans – having won just two of their last 14 encounters – while their record at Carrara Stadium post the Brisbane Bears era is similarly horrid – one win and one draw in six visits.

I’m backing the Swans but as these sides play virtually opposite styles of football, I reckon whoever wins will do so by plenty.

As hot as Gold Coast have been, they’re probably in for a reality check against the Cats at fortress Kardinia. I really, really hope they keep it close, but I can’t see them taking the points. 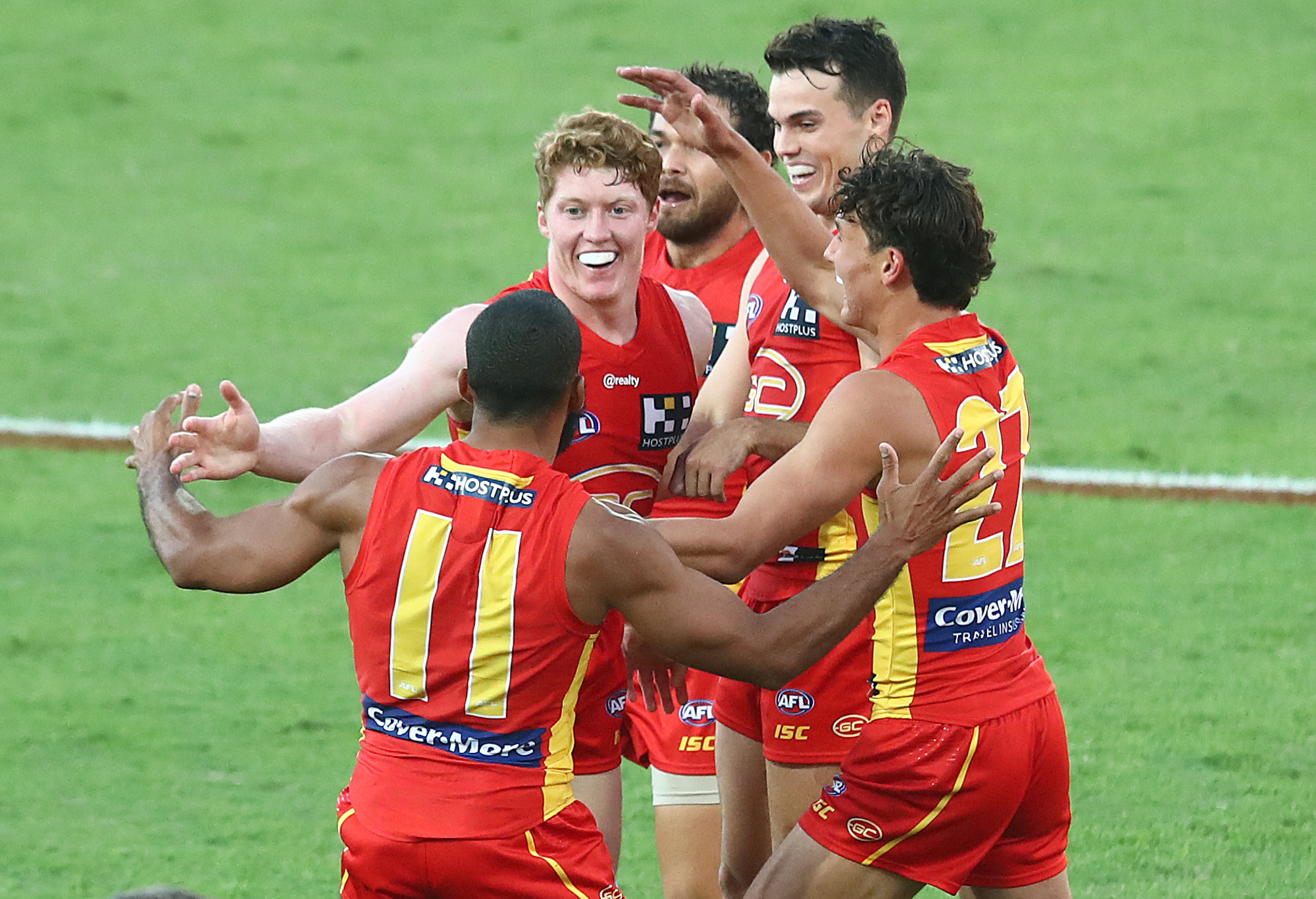 A highly-anticipated Brisbane-Port Adelaide clash gives me glorious nostalgia. I might start watching it at 11:35pm after an old James Bond movie for the authentic mid-2000s Sydney AFL TV experience.

The Lions are hitting their stride and I’m confident they’ll be thereabouts again, but the Power passed their biggest test with flying colours and no Dayne Zorko tips the scales in their favour.

Both winless sides go head-to-head in Sunday’s first match. The Dockers have been infinitely more impressive than the Crows in their four losses and I’d be very disappointed if they didn’t come away with the points.

Richmond have also been hugely disappointing since the season resumed, but I’m not tipping Melbourne until something big changes.

Home-ground advantage sees Greater Western Sydney get the nod over Hawthorn – who’ve never won at Giants Stadium – in the final match of the round.

Finding a Shoe-In of the Week is pretty difficult this week, but Collingwood over the Bombers seems the surest tip – so we’re going with that.

Tipping in 2020 isn’t getting any easier, with this week’s twist being that half of the fixture looks completely different to what it did five days ago.

Anyway. Let’s take the new fixture and get on with it.

There are a few big games ahead of us, one of them being the battle at the bottom of the ladder. It’s hard to feel confident tipping either Freo or Adelaide at the moment, but one of these teams will win their first game for 2020. I’m going with Freo because I feel, of the two sides, they’re showing the most potential.

While the Dockers have lost every game so far, they haven’t lost by more than five goals. Adelaide have lost their previous three games by over six goals – you see where I am going with this.

North should respond this week against the Bulldogs, as they often find a way to respond when their backs are up against the wall. This is a must-win game and they will take the points. With the Dogs missing Aaron Naughton and Josh Dunkley, now is the time.

Now is also the time for West Coast and Richmond, who are lingering near the bottom of the ladder. I didn’t expect such a slow re-start from either of these sides. Hopefully, they can find a way to win on the weekend.

Huge win for the Saints scoring a prime-time slot during the fixture reshuffle. They’re looking good, playing good footy and they’ll get over Carlton. Geelong should be able to notch up a win at home, despite the Suns’ hot form.

I am going to back Collingwood in to defeat Essendon in the Anzac Day clash – three months on.

As for the best games of the weekend, Saturday night (Brisbane versus Port) and Sunday night (GWS versus Hawthorn), I struggled with both of these tips but have ultimately gone for the home sides.

Brisbane has been playing some great footy lately, enough to knock off ladder leaders Port Adelaide, while I’ve picked the Giants over the Hawks just because they’re playing at home. I could see both of these games going either way.

AdelaideDocker was unable to provide a write-up for his tips this week.