In the afternoon, the West Coast Eagles will “host” the Sydney Swans at Metricon Stadium, in what is a rematch of the 2005 and 2006 grand finals, while in the evening the third-placed Brisbane Lions host ladder leaders Port Adelaide at the Gabba in a re-enactment of the 2004 decider.

Initially, the Eagles were to host Richmond at Carrara on Thursday evening, however a recent spike in COVID-19 cases in Victoria has prompted Queensland officials to enforce a 14-day quarantine period on Victorians who arrive into the state.

This has forced the AFL to partially shuffle the Round 5 fixture.

* Carlton and St Kilda, who were initially scheduled to face off at the MCG on Saturday afternoon; will now clash on Thursday night at Marvel Stadium, with that match to be televised by Channel Seven;
* Richmond, after being denied entry into Queensland, will now face Melbourne at the MCG on Sunday afternoon, with that match to also be televised by Seven;
* The Sydney Swans, who were to have played the Dees at home on the Sunday afternoon, will now travel up to the Gold Coast hub to face the Eagles at Metricon Stadium in what will be their first match at the venue since 2016; and
* Despite having to travel into Victoria, the Gold Coast Suns’ match against the Geelong Cats, scheduled for the twilight timeslot this Saturday, will go ahead.

It means the Swans and Eagles will face off on neutral territory for the third time, after the pair of famous grand finals they contested at the MCG in 2005 and 2006, with both teams sharing the chocolates.

That famous game-saving mark by Leo Barry at the death secured the Swans’ first flag in 72 years in 2005, while the Eagles gained revenge the following year when they finished ahead by just a solitary point when the final siren sounded.

It seems like a lifetime has passed since those epic matches, and the present sees both teams struggling upon the AFL’s return to play following the COVID-19 enforced break.

The Swans have lost two matches at home on either side of an 11-point win over North Melbourne at Marvel Stadium, while the Eagles have struggled to get going on the Gold Coast hub, losing three matches in succession. 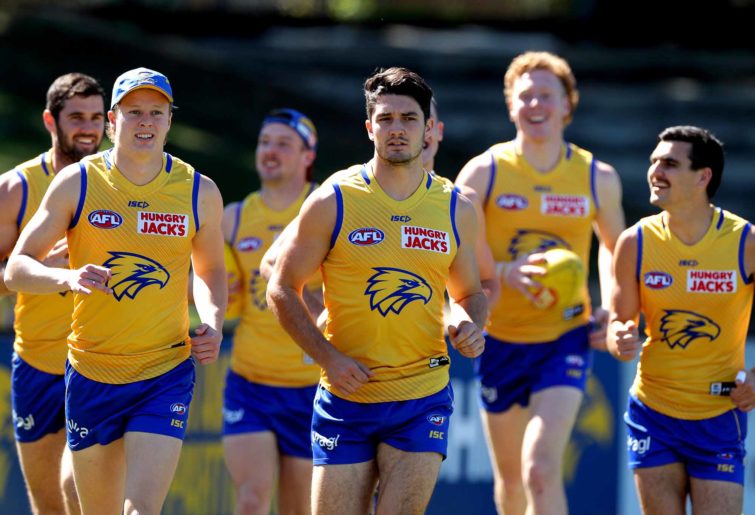 Emotion proved to be one of the downfalls in the Swans’ 28-point loss to the Western Bulldogs, with Josh Kennedy’s 250th AFL game being soured by the news that his grandfather, John Kennedy Sr., had passed away on the morning of the game.

It was their second loss at home this season, following on from a heartbreaking six-point loss to Essendon in Round 2. In neither game did the Swans lead at any stage, which may suggest the Swans are a better team on the road than they are at home.

Their other win for the season was when they defeated the Adelaide Crows by three points at the Oval in Round 1.

Saturday’s match at Metricon Stadium will be the first time since 2016 that the Swans play at the venue, their last outing on the holiday strip being when they beat the Gold Coast Suns by 38 points in a match that was famously played in drenching rain.

Meantime, after a pair of disappointing losses to the Gold Coast Suns and Brisbane Lions, the Eagles fared better in their Round 4 match against Port Adelaide, being within less than 20 points at one stage in the third quarter, only to then fall away to lose by 48 points.

This leaves them in 16th place on the ladder, only ahead of winless sides Fremantle and the Adelaide Crows (which will face each other on Sunday, with either Justin Longmuir or Matthew Nicks to get his first win as a head coach, barring a draw).

Coach Adam Simpson has refused to use the hub as an excuse, though they will only have two more matches on the Gold Coast before they get to finally fly home to a sold-out Western Derby against Fremantle at Optus Stadium on Sunday 19 July.

The Eagles must also contend with a very poor recent record against the Swans, having beaten the men from the Harbour City only twice since Chris Judd and Ben Cousins departed the club in 2007.

This includes their most recent meeting at the SCG last year, which the Swans won by 45 points to prolong the Eagles’ woes at a ground where they haven’t won since 1999. 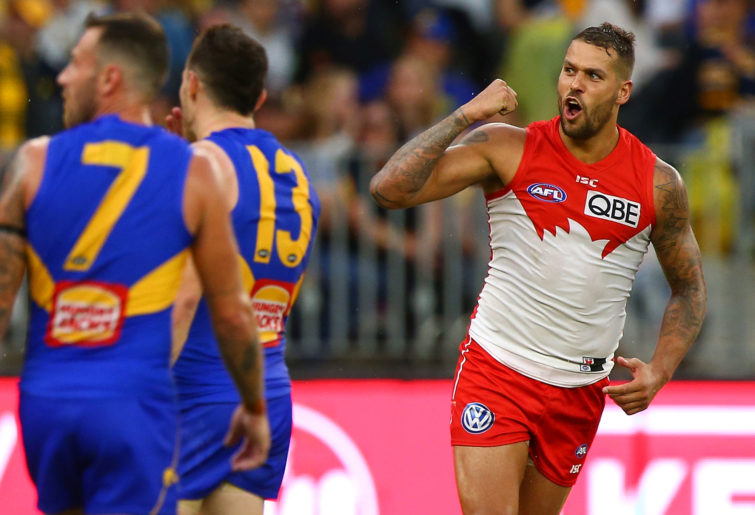 Later that evening, 2004 grand final combatants Port Adelaide and the Brisbane Lions will square off at the Gabba, with the victor likely to assume top spot on the ladder by the end of Saturday night.

With the Power sitting on top of the ladder after four comfortable victories to start the season, and the Lions winning three straight since the season resumption, this will be the biggest match between the two sides since that decider sixteen years ago.

On that day, the Lions, coached by Leigh Matthews and captained by Michael Voss, were gunning for a fourth straight premiership, which would’ve seen them match the Collingwood class of 1927-30 in doing so.

However, the Power, which were appearing in an AFL grand final for the first time, defied their underdog status to produce a stunning 40-point victory, ensuring the Collingwood four-in-a-row record remained unmatched.

Sixteen years on, the Lions are starting to re-emerge as an AFL force after their grand final loss triggered a dramatic fall from grace which saw them lose their final game of the 2005 season by a record 139 points and miss the finals for the first time since 1998.

They have only reached two finals series since then (in 2009 and last year), and while they finished second on the ladder last year, their finals inexperience cost them as they fell to eventual grand finalists Richmond and the GWS Giants in successive matches.

Meantime, the Power have reached only five finals series since their 2004 flag, and their most recent appearance in September saw them suffer an agonising post-siren elimination final loss to the West Coast Eagles at home in 2017.

Going into this season, Ken Hinkley knew that if he was to keep his job, he’d have to take his side to another finals series or risk being given the tap on the shoulder by president David Koch. 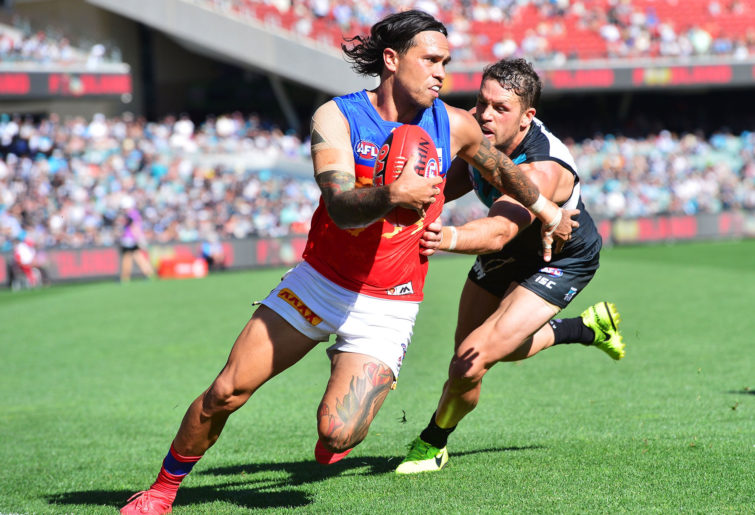 Allen Christensen of the Lions (Photo by Mark Brake/Getty Images)

Hinkley appears to be a man of his word, guiding the Power to four straight victories to start the season including thrashing cross-town rivals the Adelaide Crows by 75 points at the Oval in Round 2.

And given how the Gold Coast Suns have fared this season, it’s fair to say that their Round 1 win over the Suns on the Gold Coast wasn’t a regulation win after all, as many thought it was after the Suns’ poor performance in that match.

Currently quarantined on the holiday strip, the Power have taken care of both the Western Australia clubs with ease, and with the league’s best attack, defence and percentage, currently sit in top spot on the ladder having not yet lost a match in season 2020.

That could, however, come under threat when they face the Lions, to whom they lost in both contests last year, before which the Power won a five-point nailbiter at the Oval in Round 3, 2018.

The Lions have also beaten both Western Australia clubs, and last week thrashed the Adelaide Crows by 37 points, though the margin could have been so much larger had they kicked straighter, scoring 10.23 (83) from 33 scoring shots.

And with up to 10,000 fans allowed inside the Gabba once again this weekend, Saturday night’s match between the Brisbane Lions and Port Adelaide promises to be a blockbuster, especially with top spot on the ladder up for grabs.