Jurgen Klopp is in a tricky place right now, which is odd considering his team are on the verge of ending 30 years of hurt to claim a first league title since 1990.

Just two wins have been recorded in Liverpool’s last seven games with an unbeaten Premier League streak ended by Watford and a Champions League defence crumbled by Atletico Madrid.

A return to action saw them turn in one of their most stale displays of the season after a 0-0 draw with Everton, and while there is obvious mitigation because of the near three-month layoff, given the Reds are virtual champions, they were far from the best team on show.

The drop in form coincides with the loss of key transfer target Timo Werner to Chelsea and that missed opportunity was brought into even sharper focus against Everton.

For the second time this season Liverpool dropped points without Mohamed Salah in the starting XI and Klopp has a delicate issue to contend with.

His front three of Salah, Roberto Firmino and Sadio Mane are among the most lethal forward lines in Europe. All three are entering their prime and so when fit, are sure-starters.

But whenever one of them is missing, the drop-off is alarming and the club finds itself in a position where it must sign a quality option willing to wait patiently for a couple of years before becoming the main man.

And finding such a target when money is tight, an issue amplified by their inability to pay Werner’s €53 million release clause, leaves Liverpool’s revered recruitment team with some work to do.

Using WyScout and data from whoscored.com, we attempt to examine four of the options for Klopp’s attack and assess each one on cost, profile age and other determining factors. 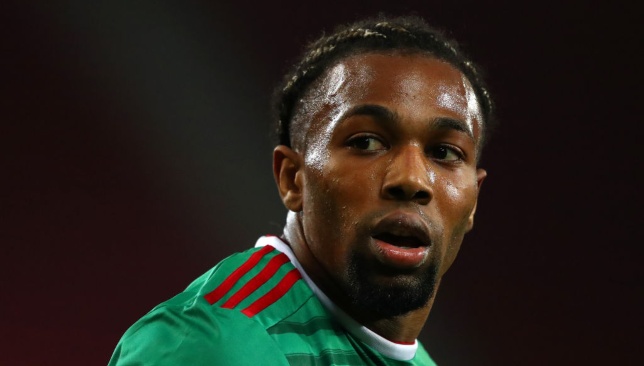 Durability is one of the prerequisites for Klopp’s Liverpool and judging by the reports of Adama Traore, it’s the weight machines which will require extra sturdiness when he’s around. Team-mate Ruben Neves recently revealed that the hulking winger broke a squat machine at the club’s training ground such is his freakish strength.

His physique naturally grabs plenty of attention and no doubt it aids his ability to tear through defensive walls like a tribute act to Juggernaut from the X-Men series.

Yet it’s his delicate feet and improving end product which will attract Liverpool most, qualities witnessed first-hand as he terrorised the league leaders at Molineaux in January.

He’s more than doubled his successful dribbles from last season (up from 65 to 149 this term) to lead Europe’s ‘Big Five’, is in the top 15 in the Premier League for accurate crosses (again doubled up from 16 in 2018-19 to 32 this campaign) and has contributed to 12 goals – four scored, eight assists – which closes in on career best totals for each which were achieved in the Championship at Middlesbrough.

He leads the league in progressive runs per 90, has doubled his key passes per game from last term and has even improved his overall pass accuracy, something which was one of the key reasons for Barcelona dumping him. He doesn’t show up in defensive categories, a key area for Liverpool wingers given their press-heavy system, but that’s mainly due to Wolves operating largely on the counter.

So Traore is an enticing option on paper, however, the reality unfortunately is much different. Wolves have no pressure to sell as he’s contracted until the summer of 2023 and they would reportedly demand a fee of around €80m to sell now.

That’s before considering Traore’s willingness to sacrifice a starring role at a potential Champions League challenger to back up Mohamed Salah. He’s a good fit and his suitability is obvious, but the probability is less so. 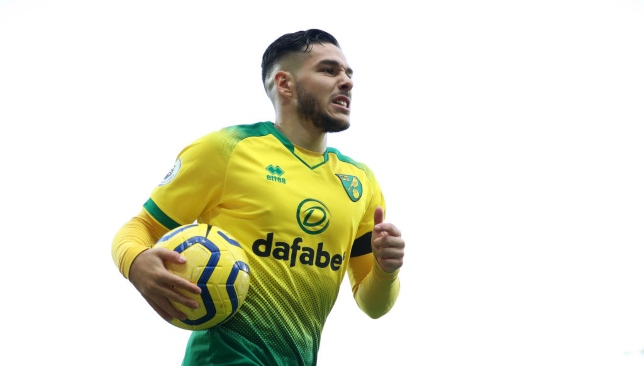 Liverpool have found value in snatching top talent from relegated teams in the past. They paid just £8m for Andrew Robertson from Hull and repeated the trick to sign Xherdan Shaqiri from Stoke for £13.5m. Emiliano Buendia would be an extension of this rather fruitful scheme. Norwich are destined for the drop but their cavalier approach this season has earned them a number of plaudits with Buendia pulling the strings.

While he does play off the right wing, Buendia is a complete contrast to the more direct threat of Traore. He’s a technically proficient inside forward who relies on precision in both his passing and movement to dictate attacking sequences.

Instead of bulldozing his way through defences, Buendia plays through them with sharp passes at every range and he excels at carrying the ball into pockets of space, using neat footwork to spin into good areas.

He retains possession so well in the final third and links up quick sequences. In effect, the Argentine orchestrates from the wing which is why he has no goals this season but seven assists, producing the most key passes in the league, save for Kevin De Bruyne, Trent Alexander-Arnold and James Maddison.

The lack of goal threat means he doesn’t quite fit the mould at Liverpool, but what he does defensively, certainly does meet the requirements. The 23-year-old tops wingers from Europe’s ‘Big Five’ for successful tackles, shots and passes blocked, and is fifth from the same bunch for interceptions and second for crosses blocked.

From this group of wingers, only Thorgan Hazard, Lionel Messi and Jadon Sancho beat him for assists, too. At an estimated cost of £20m, Buendia is in the right cost category, it’s just whether he’s capable of finding a lethal edge to his game. 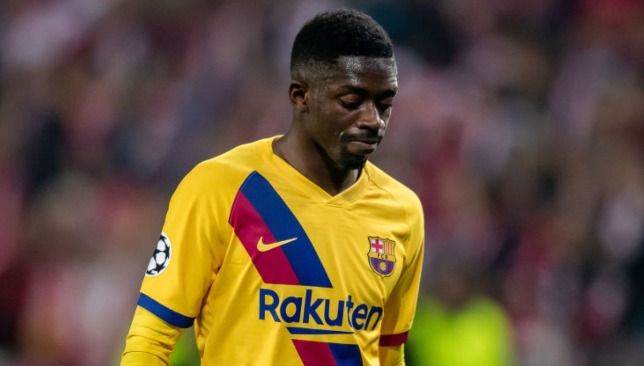 Hold off those screams of ‘injury prone’ and allow for some explanation. Yes, Ousmane Dembele’s injury record at Barcelona has been dire. But then it’s important to note that his spate of muscular injuries have emerged while at Barcelona, it was never an issue with Rennes or Borussia Dortmund as he didn’t miss a single game through injury.

Indeed, the systemic problems at the Catalan giants stretches into a medical department which has long been chastised by senior stars, Dembele is one of them, Frenkie De Jong is another recent example.

With the right environment, Dembele could feasibly eradicate his injury problems and become the durable star Liverpool require. Ironically, it’s the physical issues which could see the France international join the Reds with a possible loan-to-buy deal a very real possibility.

His injury record could also make the idea of a slower-paced transition into the first XI more appropriate as well. It’s a move worth plenty of consideration because in terms of ability, Dembele is a premier winger. Daringly direct, the 23-year-old is frighteningly quick and his renowned two-footedness means he is dangerous from either wing.

His ability to get beyond the line of defence makes him a game-changer, someone who can explode in an instant to provide decisive moments. That’s what raw speed gives a team.

Dembele’s velocity would allow Liverpool to launch counter-attacks and penetrate defences in a way few other players can. Granted, he’s not the most reliable in front of goal or in the short passing game, but Dembele has often played piercing passes in and around the box. Mesh these high-risk high-reward passes with his speed and skill, he’s surely a tantalising proposition for Klopp. 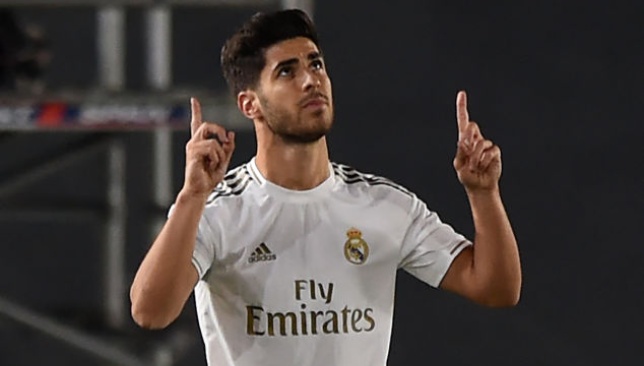 Marco Asensio had spent 11 months sidelined with a devastating knee injury. It took only 30 seconds and his first touch to re-announce himself to the world as he delicately diverted a fizzed Ferland Mendy cross to volley home against Valencia.

Asensio is back and it’ll be fascinating to see how integral the Spaniard becomes during Real Madrid’s title run. Los Blancos boast a bevvy of wide-attackers and it’s meant rumours of an exit for Asensio have continued to percolate.

While the feel-good nature of his return is impossible to ignore, the fact remains that in the season before his injury, Asensio’s form had deteriorated. From 30 La Liga outings he slumped to just one goal and four assists last season, down from six for each in 2017/18.

To be fair to Asensio, his game isn’t centered on goals with his flair evident in Zinedine Zidane’s final season of his first tenure when he created more chances in all competitions (77) than any other Real Madrid player.

And he’s not had an opportunity to feature in his favoured right-wing position since Zidane returned either, a spot which allows him to float in off the flank and utilise his hammer-like left-foot.

There’s also the option to play him through the middle such is his crafty versatility. Although he doesn’t possess the same profile of Mane and Salah because he lacks their pure speed, his penchant for drifting inward to pick up pockets of space and manoeuvre past tackles with ease means he’d be invaluable against sides in a deep block.

A player who can take the initiative to create solutions is exactly the type of talent Klopp will want. The biggest question mark would be around price. Asensio remains one of Real’s top young talents and it’s hard to imagine Florentino Perez sanctioning his sale for anything less than the Werner release clause which ultimately put Liverpool off.

Facebook
Twitter
Pinterest
WhatsApp
Previous articleBryson DeChambeau has bulked up but will he be able to muscle his way to more victories?
Next articleCricket adjusting to the new normal after Pakistan players test positive for Coronavirus

How did Rust make $1 million in Steam revenue in a day – twice?