Home Game What is a Springbok flyhalf?
Game

What is a Springbok flyhalf?

How about the tough goal-kicking, sometimes controversial Butch James? How about Morne Steyn who was the figure of solidity before the emergence of Pat Lambie and Handre Pollard?

Finally, consider Handre Pollard who kicked South Africa to wins over Wales and England to clinch the World Cup in 2019.

In all these periods of Bok success, what was in common between the flyhalves of different eras?

All of them had brilliant tactical kicking, and excellent goal-kicking. All had the ability to slot into the pocket and drop goals out from afar.

Take Stransky’s iconic drop goal in 1995 to win the World Cup for an example. How about Pollard’s drop goal in the 2015 World Cup quarter-final that got a three-point edger that contributed to securing a semi-final spot with the All Blacks as they got pass Wales in a thriller?

Fast-forward four years and Pollard drops a long-range goal against the All Blacks in the pool stages.

These Bok 10s were solid rocks in defence. Butch James has been one big tackler. Morne Steyn epitomises it. Handre Pollard made multiple tackles on bigger players in the World Cup Final, and his power was crucial to generating slow first phase ball for the English.

Also, Pollard’s potential was claimed to be that he was the best defensive 10 by Heyneke Meyer when he was merely 21.

Also, all of them served as dependable links in play. The Springboks had flashier players out wide, with the likes of the legendary Jean De Villiers, and the dazzling playmaker Wille Le Roux. The combination of speed and skills in their outside backs have served them well.

When you have high levels of unnerving dare out wide, you need a cool, collected, and temperamental head at 10; a smooth operator, to bridge the play with passes. Making the right decisions, is always better than making decisions to feature in the highlights package. 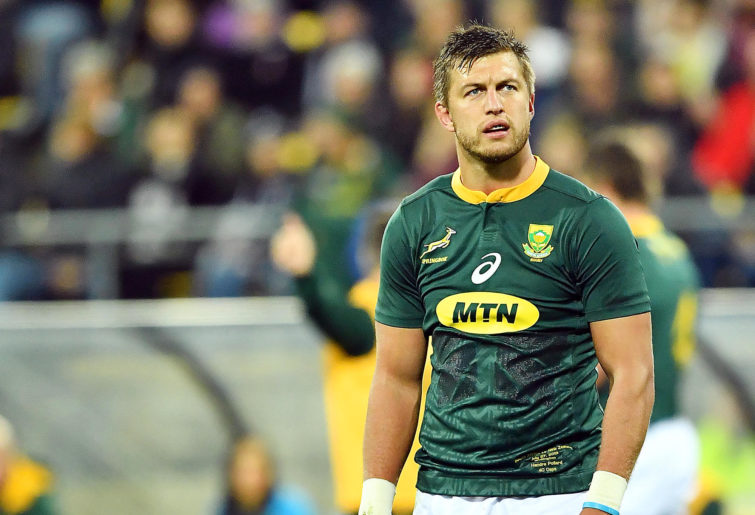 As their main role is to effectively bridge the play, they have excellent precision in passing, and their versatile skillsets allowed them to get the ball wide fast. Handre Pollard did this extremely well against Japan, Wales, and England in the World Cup, looking for space with long passes, often deadly flat to create opportunities and cause the defenders to scramble.

They serve as generals on the pitch, directing the plays around the park with passing and kicking.

This does not mean that the successful Bok 10s are uncreative.

All have their own unique edges, which respectively make them world-class flyhalves.

Morne Steyn has a brilliant running game, and he has well perfected a dummy-running tactic with chip-and-chase skills.

Handre Pollard incorporates both his running threat and his deadly passing into his game, which is an extremely creative blend of his capabilities.

Pollard, when he combines his passing and running, he becomes a dual-threat flyhalf, whose physicality and pace pose a threat to any team, while he can bring the ball right up to the gain line and passing right before he gets tackled.

The passing is often flat, allowing the ball to go wide and a good strike on the defence. His array of missiles in passing is scintillating and deadly.

A prototypical Bok 10 for success is a strong goal-kicking, defending player. Someone who possesses an solid overall passing and kicking game that allows him to effectively marshal his side and direct play. He needs a cool head to smoothly bridge play.

More than that, he needs his own unique edge that he can add to the game, to be a strong player and a playmaker.

The Boks lack a new man at 10, and Handre Pollard’s ACL injury has exposed a long-time Achilles Heel often covered up by his brilliance.

If the Boks are to grow a new man at 10, they need working on the quintessential of a Bok flyhalf for success. It is not the unique edge.

It is the much-required skills of a good Springbok flyhalf; solid in these areas-distribution, goal-kicking, temperament, rugby IQ, tactical passing and kicking, and a solid rock in defence.

Curwin Bosch might not quite be the Springbok 10, because he is a defensive turnstile. He has that unique edge, but other than that he does not possess any of the other traits of a Springbok flyhalf. 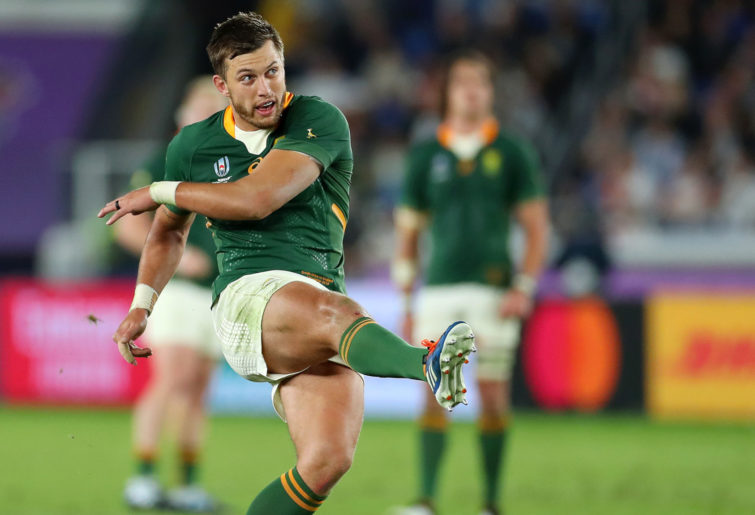 To be a good Springbok flyhalf you need to play winning rugby, not entertaining rugby. This was proved in 2017, when, under Allister Coetzee, the Boks were a joy to watch in attack, but realistically their lack of a set-shape caused their sharp decline.

Coetzee had focused on playing entertaining rugby and Janjities, through this game-plan, created some wonderful plays, but also experienced pure shambolism in the disorganisation.

What I think is that most of the current Bok 10 contenders, have great flair, in their unique edges the 20 per cent. However, for any of them to become a true Springbok 10, they need to couple that with the quintessential of a Bok flyhalf.

The 80 per cent should come before the 20 per cent, and the Boks should choose a 10 primarily based on how he fulfils the quintessential, and then if that is fulfilled then look at the 20 per cent.

Guys like Bosch are not goners. They are very good players, but some problems need to be fixed before throwing them out onto the international stage. As a Springbok fan, I think that throwing these young stars out premature will damage their confidence in failure and their talent may be lost.

Springboks need a prototypical true Bok 10 for excellence. Nationality alone does not fulfil that. When the Boks excel, they have a true Springbok flyhalf on the pitch.

The South African flyhalves possibly can improve, considering Pollard’s exponential regain of form over 2018 and 2019. Could they groom another Stransky, another Butch James, another Steyn, or another Pollard?